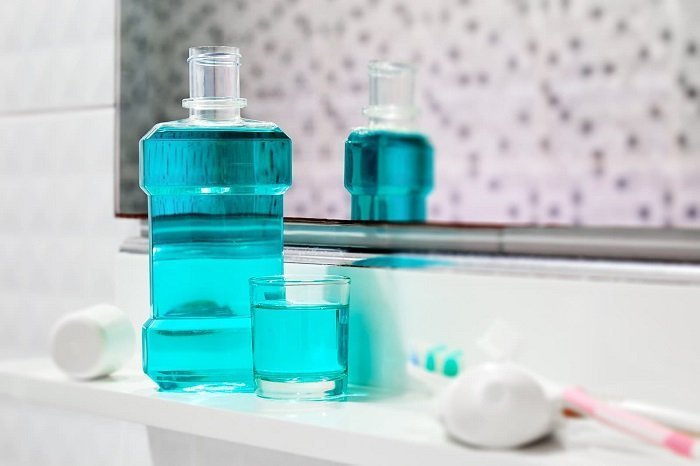 When disaster strikes, you may not be able to get your hands on things you normally use. We all know the toilet paper and bread are going to disappear first, but medical supplies and first aid kits are pretty high on the looters’ list. It’s a given that having a really decent first aid kit, or six, is wise, but anyone with a bit of common sense knows that being prepared is only useful when you and your gear are in the same location. The ability to improvise with whatever is on hand can save lives if you know what you’re doing.

Can You Use Mouthwash to Clean a Wound? Absolutely! It’s best to avoid the sugary varieties. Alcohol-free is also a bad choice in this case. The alcohol helps sterilize. Mouthwash has been used since the 1800s to clean wounds. In a dire situation, it should be fine.

Warning: The history of mouthwash and wound care is frankly a bit disgusting by modern sensibilities. That’s no reason to avoid the subject. If the world as we know it should end, and society collapse along with it’s infrastructure, many of the things our ancestors did that modern humans find disturbing may be useful.

It goes without saying that people have put some downright strange things in their mouthes. Eggs and penicillin were both good ideas. Other experiments, like glow in the dark paint and lead based products, turned deadly. Experimenting on yourself is always risky. Unless you’re in a truly dire situation, leave it to the pros. Remember, even the professionals have died testing ideas they had every reason to believe would work.

One of the early forms of mouthwash and wound care was urine. Romans, Greeks, Chinese and Egyptians all used human pee to clean teeth. Boiled cow urine can clean wounds and prevent infection. As disgusting as it may sound… It worked.

Other notable ingredients for mouthwash from history have included tortoise blood (not effective), vinegar, wine and ammonia (all of which are at least somewhat effective at killing bacteria).

Listerine was invented by the doctors who founded Johnson and Johnson In the late 1870s. Inspired by Dr. Lister, the first surgeon who did surgery in a sterilized operating theater, Listerine was originally meant for use as an oral cleaner and a sterilizing agent for surgical incisions. Incidentally, it was also used to clean the floors.

In short, antiseptic is antiseptic and works on both soft tissues and open wounds. Mouthwash has more than just antiseptic qualities. Likewise, it may also have a ton of sugars and other undesirable additives. So don’t try this at home, unless society has collapsed. There are plenty of ways to treat an injury in non-emergency situations.

Why Does it Work?

To destroy various forms of too-small-to-see problems like germs and viruses, you need the “Anti,” family. Mouthwash and wound-care products both have uses for these properties. Sadly, a mouth, like an open wound, is a dirty place without serious cleansing agents.

Antibiotics kill bacteria and sometimes parasites or fungus. Literally, they kill ‘biotics,’ or microscopic life forms. Unfortunately, this can include the necessary ‘good’ bacteria as well. Have you ever taken a probiotic? Probiotics are the opposite of antibiotics. Typically you’d do this after a round of antibiotics because it restores intestine health.

Anti-inflammatories help calm inflammation. There is some evidence that this type of chemical may also have an antibiotic effect at times.

Antibacterials are specific to one group of biotics. As the name suggests, they only kill bacteria. The ability to target one problem without affecting other positive microorganisms can be helpful.

Antiseptics stop many microoganisms from growing. In some cases an antiseptic can actually slow the healing process. It will help keep an infection at bay, but it may be doing so in a less than totally beneficial manner.

DIY Options for All Purpose Mouth and Wound Antiseptics

Sometimes it’s the unexpected things that end up being the most useful in a bad situation. Mouthwash, like all the best emergency preparedness supplies, is more than meets the eye. Mouthwash won’t be the first thing wiped out in a crisis. It’s not even likely that your average thief will take it if they get into your supplies.

Learning the history and how-it-works aspects of common everyday items can save your life. Knowing what’s truly useful if SHTF is the best skill you can have. It weighs nothing, and you can’t run out of or accidentally forget to pack your savvy.

What other household products can clean a wound? Lemon is high in vitamin C and may even increase your healing time. Lime also works. Hydrogen Peroxide isn’t good for deep wounds, but will help clean and destroy bacteria in shallow scrapes. Rubbing Alcohol, like the lemon juice, this is going to hurt, but it works to sterilize a wound in a pinch.

What else can I clean with mouthwash? You can use mouthwash to clean tile, including tubs and even toilets. Likewise, unless you have a chemical sensitivity, mouthwash is safe for use on skin. Use it as deodorant in a pinch, though it doesn’t have the antiperspirant qualities you may want. If you run out of toner, sugarfree mouthwash can make a temporary substitute for your face.

How can I speed up the wound healing process? Most folks have heard to let a wound breathe and dry, but it appears that is not actually a good idea. Keep it covered and moist, though not too wet. Try to keep a wound warm. A good diet and some extra vitamins will also boost your healing factor.