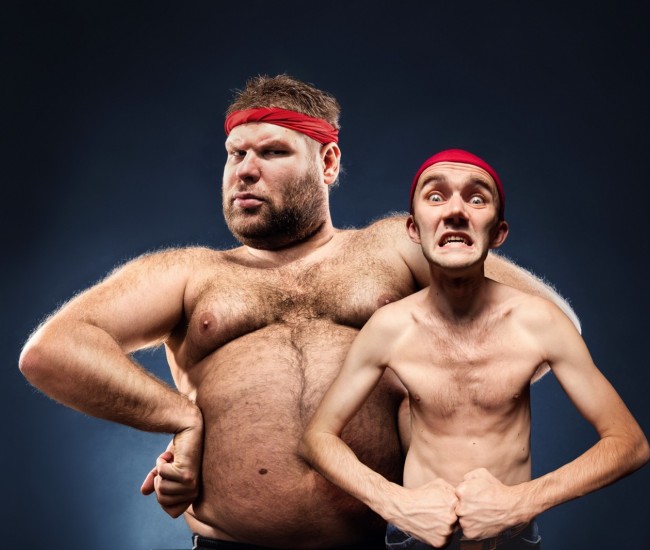 When “The End Of The World As We Know It” people from all walks of life will be put into various emergency situations. Among those people, there will be all shapes and sizes. The most prevalent shapes, however, tend to be between the size of fat or skinny, or within the spectrum of it. But if you are in a survival situation, what is truly the better end of the spectrum you might want to be on? Would being skinny help you in not needing to expend so much energy to do basic things, or would being fat leave you with some cushion in skipping meals?

With so many fads going on, it is hard to tell sometimes that there is a line in the sand on what skinny and fat really entitle, especially since everyone has a different idea on it. 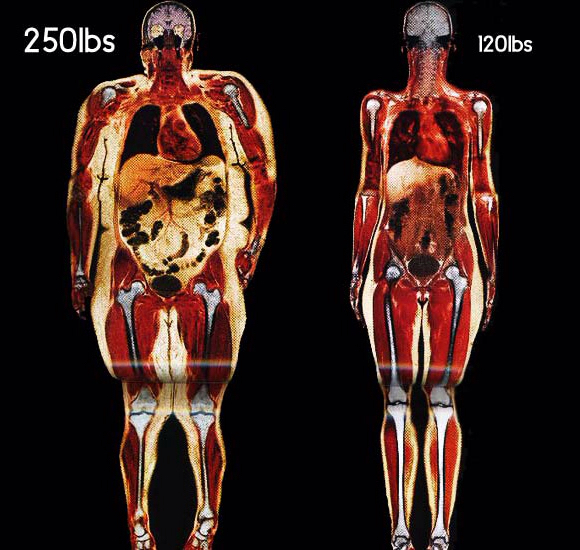 First, we must examine the actual facts and overall risk factors for both fat and thin world populations that currently exist in a world with little to no serious catastrophic disaster event.According to a recent 2017 research study, about one-third of the world is considered obese.

Of these two billion, most are concentrated in the Middle East.  Extremely disturbing is that the United States has the most childhood obesity than another country in the world.

According to a prominent medical expert, those who are above a BMI (Body Mass Index) of 25 are classified as overweight. However, those above 30 are considered obese.

Importantly, these individuals have a greater risk of serious medical conditions such as diabetes, cardiovascular disease or cancer.

On the other hand, those who think being skinny is healthier than being overweight, think again. A highly regarded study has concluded that being too thin can actually lead to more dangerous health complications than those who are obese.  A person is considered underweight if they have a BMI index of 18.5 or lower.

Skinny people have a 1.8 times the risk of dying prematurely while fat individuals risk is 1.2. While it may be obvious that overweight people carry fat as the proverbial “spare tire,” those that are considered skinny tend to maintain fat deposits in important bodily organs such as the heart and liver. They, therefore, have a higher risk of diabetes and heart disease. Furthermore, other medical complications such as malnutrition, anemia, lower immunity and sexual reproduction issues are prevalent health issues faced by those underweight.

After reviewing the risk faced by both populations, it becomes apparent that either extreme pose serious health risk no matter which one you might favor. So with this, the question still remains, in a disaster or apocalyptic scenario which group would fare the best in surviving and overcome the perils and threats of such an event occurring?

Which is Better? Skinny or Fat?

So as research is suggesting, neither skinny or fat is ideal in an apocalyptic situation, due to the detrimental issues of poor health and various diseases. But still, the main question remains unanswered, what is more ideal? Being skinny or fat? What are their real advantages?

Advantages of Being Fat

According to a study of an obese man in the 1960’s, it is medically proven that those who are “big boned” can survive for a very ludicrous amount of time with the correct supplements. This is due to the body’s reaction to long periods of time without food, as the body will begin to use fat reserves as a way to survive. Conversely being skinny would be very detrimental long term, as an underweight individual will have no fat reserves to survive on, meaning muscle groups will disappear rapidly and leave the body inept and decrepit.

Surprisingly another thing being fat has to its credit is the slow metabolism, which might seem detrimental but actually, means that you can survive on less food for longer periods of time. Your metabolism is the rate in which your body metabolizes or uses up your food you have intaken. For those who are overweight, their condition is often directly related to how their body can not metabolize food as quickly as the amount of food they eat.

Another advantage that fat people have is that they have a less chance of getting hypothermia and retaining body heat. It is been proven that the body loses less heat due to more insulating layers. This acts as a very close second to a walrus in how the accompanying fat acts as an incredible insulator, ensuring the core body temperature does not too low. But it is also said that fat people feel colder, faster. This is due to a complicated body system.

It is also said that fat people feel colder, faster. This is due to a complicated body system. Normally the brain causes blood vessels to constrict to begin the process of shivering, and the next reaction is the temperature to rise to the surface of your skin. Interestingly this system does not happen in those who are overweight, as their body is already insulated. This means the surface of the skin does not become hotter, instead it acclimates to the climate. So while fat people might feel colder, they are often in a much better boat than those who are underweight or skinny.

Advantages of Being Skinny

Getting around in an apocalypse situation will be a big part, in almost any scenario. This means that being able to move faster, with less “package” to carry with you means easier trips to where ever you need to go. Being underweight does not give you many favors but it does enable you to move much faster than an obese or overweight person. Underweight people can also have more overall movement, as the only factors that affect them are developing diseases due to being underweight. Conversely being obese or overweight can limit your ability to move and walk for long periods of time.

By eating correctly and exercising correctly, being skinny can enable you to reach a physical peak much faster than someone who is obese. As being able to exercise is easy to do, and eating correctly is a simple change of diet that your body can quickly adjust to. Although there is little written on the matter, Predictive Linguistics and Prepper Expert Clif High of Halfpasthuman.com suggests being thin is more advantageous. According to Mr. High, “your body will try to sustain your current level of homeostasis, even if it is out of whack.

If your body thinks it needs to maintain 300 lbs, it will try to. Then when it can’t, it begins to adjust. So the more weight you have, the more food your body will think you need to eat. Thus a fat person ‘starves’ long before a thin one. ”

While being fat or skinny has its advantages, in reality, neither of these extremes is a good thing to have. Many diseases and physical maladies will plague anyone too far on either end of the equation, the true ideal is to have your body physically fit. Which can be done by anyone on either side of the spectrum, executed correctly.